How World of Warcraft Helped Save a Life

Back in 2007, a strangest and most unexpected thing happened. This is a story about a Norwegian boy Hans Jørgen Olsen and his sister, and their encounter with a moose in the wilderness of Norway. 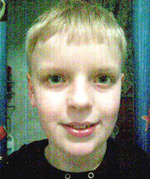 Now, moose not being the brightest of animals, they are usually not aggressive at all but can be provoked and frightened to behave with aggression. Now, you may not realize how big mooses are, which makes this boy’s reaction even braver than you might have previously thought. On average, an adult moose stands 1.4 – 2.1 meters high at the shoulder and can weigh anywhere between 380 and 700 kilograms. That’s a quite enormous animal.

A story about how World of Warcraft might save your life

Now, what does World of Warcraft have anything to do with a moose? Well, what happened is that this boy, Hans Jørgen Olsen is an avid World of Warcraft player. According to his words, he plays a hunter class in-game. And in WoW, hunters have an ability called feign death, and it’s a skill acquired at level 30. What the ability does, is it makes the hunter “scream and collapse” and play dead, therefore losing aggro from nearby monsters and making them stop chasing you. According to Norwegian website Nettavisen, Hans and his sister had enraged a local moose during a walk in the woods. The moose had started charging at them and Hans quickly remembered his World of Warcraft character and his skills and shouted at the gigantic animal dropping to the ground, somehow making the moose lose interest and just walk away.

In the interview, Olsen said he survived the moose attack by “using feign death just like you learn at level 30 in World of Warcraft”

So the next time someone says “video games are completely useless and a waste of time” just show them this article. Now I know that this is one-of-a-kind case and the chances of finding yourself in a situation like this are low to non-existent, it’s still a pretty cool story. And certainly makes some World of Warcraft fans proud of their game.

How to Improve your PVP Skills in World of Warcraft
arrow_forward

Why OSRS is thriving while Runescape 3 is struggling?